Home » News » What are the differences between cod liver oil and fish oil?

Both cod liver oil and fish oil are oils derived from fish. It is an excellent source of omega-3 fatty acids, which can reduce the risk of having some chronic illnesses or diseases.

Although cod liver oil is a type of fish oil, what is commonly referred to as “fish oil” comes from a variety of sources.

There are many differences between cod liver oil and fish oil. For example, they contain varying levels of omega-3 fatty acids and several vitamins.

In this article, we explain the differences between cod liver oil and fish oil. We also list some benefits and risks of each oil.

Both cod liver oil and fish oil are good sources of omega-3s. Omega-3s are a group of fatty acids that, in small doses, are important for human health.

Several studies have focused on three types of omega-3s: alpha-linolenic acid (ALA), docosahexaenoic acid (DHA), and eicosapentaenoic acid (EPA). The benefits of each vary slightly, so taking all three can improve health.

One has to get these acids from their diet; the body does not create all the acids. ALA is converted to EPA and then DHA, but the conversion rate is low. To attain optimal levels of Omega-3 levels, one must take DHA and as well as EPA.

Cod liver oil is a type of fish oil. The main differences between cod liver oil and other fish oils include:

Although cod liver oil is a type of fish oil, people commonly use the term “fish oil” to refer to more fatty fish oils, such as tuna and mackerel oil.

Several studies have shown that omega-3s can improve heart health by lowering blood pressure or reducing the risk of a heart attack. Most of this research focuses on populations with a lot of fish oil in their diets, not on people who supplement with fish oil.

Not all studies support this potential benefit. A reliable source of diabetics in 2012 found that omega-3 supplements lowered triglyceride levels but did not reduce the risk of a heart attack.

Researchers continue to study omega-3s for a variety of conditions, but the data so far is not conclusive. For example, a 2019 meta-analysis of omega-3s showed it could improve symptoms of depression, but other research is inconclusive or undermined the claim.

The study authors suggested that people with health problems were more likely to consume cod liver oil. They also found that cod liver oil consumers had healthier lifestyles, suggesting that other differences could explain the differences in health outcomes between the groups.

Some other research source also hints at the health benefits of cod liver oil. A 2011 study emphasizes that, because it is a source of both omega-3s and vitamin A, cod liver oil may help protect against glaucoma.

Emerging evidence suggests, but does not conclude, that the risk of severe COVID-19 illness is higher in people who do not get enough vitamin D.

Because cod liver oil and fish oil are both fish oils that contain omega-3 fatty acids, the risks are similar. They include: 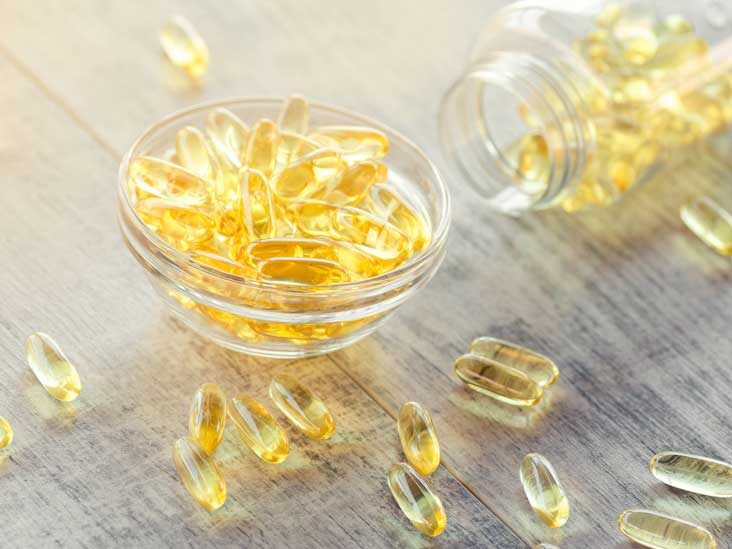 There are three main types of cod liver oil and fish oil supplements:

A person can get cod liver oil by eating cod liver. Many foods, including most fish, are good sources of omega-3 fatty acids and may offer superior benefits to supplements. Fatty fish such as tuna and mackerel are highest in omega-3s.

Capsules with fish oil may be a more palatable option for people who do not want to use oily supplements.

How long does protection from COVID-19 vaccines last?